A new tech industry association announced on Thursday it will launch early next year with the mission of helping its members win contracts and establish tighter relationships with state and local government agencies in California.

The Technology Industry Association of California, or TechCA, says it’s the first such industry association in the state. Its initial sponsors include high-profile technology firms like Red Hat and SAP, the 96,000-employee German software giant, as well as several smaller companies, such as the web-design outfit CivicActions. 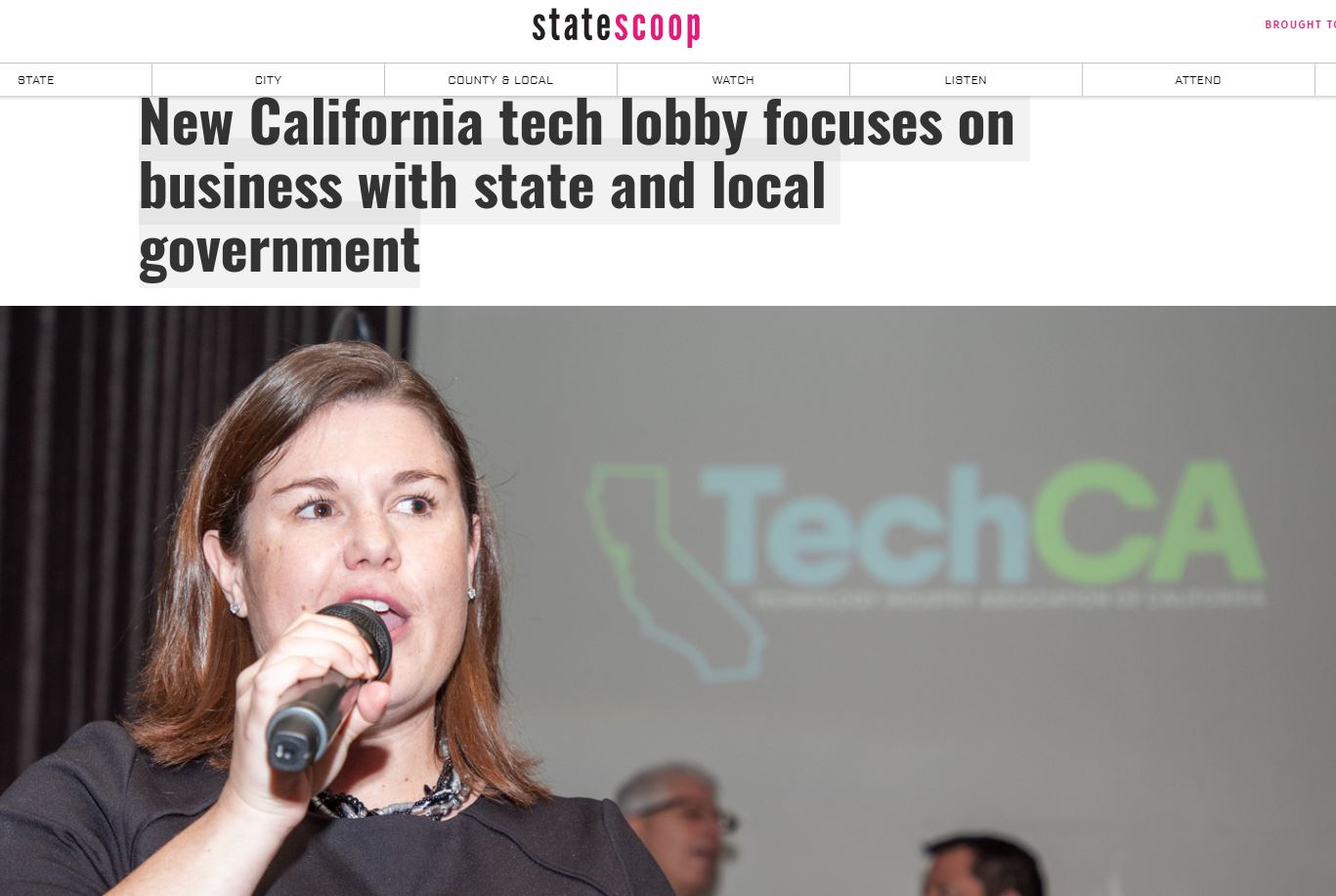 About the Author: TechCA Staff